He started his working career very early in 1975, first as electrical technician in small maintenance company in Milan and as of 1976 as technical engineer and buyer in Multinational Industry  (GTE Telecomunicazioni, SINGER Sewing machine) In 1987 Sergio joined the biggest Italian bank (BANCA NAZIONALE DEL LAVORO) as Technical Buyer.

In March 1989 has been employed as Staff of European Space Agency (ESA) in its ESTEC establishment in The Netherlands initially as Business Unit Controller and as of 1994 as Contracts Officer in the ESA Procurement Department.

In June 2000 he moved to the ESRIN establishment in Frascati (Rome) initially as Contracts Officer and as of 2005 as Head of General Procurement Services for ESRIN and ESOC the German ESA site leading a team of 4 staff.

In January  2014 Sergio was appointed Head of the Operations and Ground Segments Procurement Division  having the responsibility of Contracts and Purchases for the ESA establishments in ESOC Germany and in ESRIN Italy responsible for a total annual budget of about 600 Million €. He managed a team of 24 staff deployed in the two establishments from 12 different Nationalities with competences in legal, commercial and technical domains.

He is happily retired as of October 2021.

Professionally and personally he spent the time between Frascati, Darmstadt and Milan where resides his family composed by his wife Antonietta and his son Ludovico 23 years old currently studying Informatics.

His main hobby is music, jazz in particular. He plays Tenor Saxophone but enjoys playing Piano, Guitar and Drums as well. He likes reading and running. 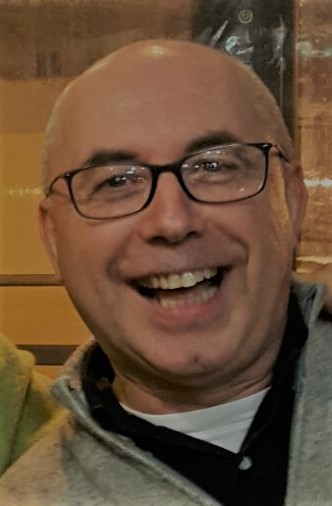