Christopher McCrudden, is professor of human rights and equality law at Queens University
Belfast, a William W. Cook Global Law Professor at Michigan Law, and a practicing barrister-at-law
with Blackstone Chambers. Specializing in human rights, he concentrates on issues of equality and
discrimination as well as the relationship between international and comparative human rights law.
Professor McCrudden is the author, most recently, of Litigating Religions: An Essay on Human
Rights, Courts and Beliefs (OUP, 2018, about the relationship between religion and human rights
law. An earlier book, Buying Social Justice (Oxford University Press, 2007), examined the
relationship between public procurement and equality, for which he was awarded a certificate of
merit by the American Society of International Law in 2008. He has co-authored (with Brendan
O'Leary) Courts and Consociations (Oxford University Press, 2013), about the tensions between
human rights and ethnic power-sharing arrangements that are common in peace agreements. He
has also edited the multi-disciplinary volume, Understanding Human Dignity (Oxford University
Press, 2013). In addition, he serves on the editorial boards of several journals, including
the Oxford Journal of Legal Studies and the International Journal of Discrimination and the Law.
He also serves on the European Commission's Expert Network on the Application of the Gender
Equality Directives, and the Irish Department of Foreign Affairs’ Human Rights Advisory Panel, and
Brexit Stakeholder Group. Professor McCrudden holds an LLB from Queen's University Belfast, an
LLM from Yale Law School, and both a DPhil and DCL from Oxford University. Queen's University
Belfast awarded him an honorary LLD in 2006. He was elected a Fellow of the British Academy in
2008, and a Member of the Royal Irish Academy in 2018. He is chair of the Advisory Committee of
the Institute for Advanced Studies (the Wissenschaftskolleg) in Berlin. He was awarded the CBE
for services to human rights in the 2019 New Year’s Honours List. 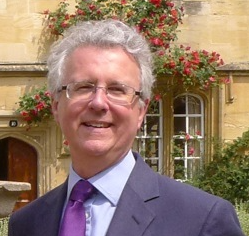