He has been Global Governance Fellow at the Robert Schuman Centre for Advanced Studies (RSCAS) of the European University Institute (EUI) in Florence. He has been also a Grotius Fel­low at the Law School of the University of Michigan, Visiting Fellow at the University of Castilla la Mancha and at the University of Neuchâtel. His research interests lie in the area of public law, EU Law, public pro­curement law and policy and the intersections of these fields with new technologies such as Artificial Intelligence. He has taught at Universities in the United States, Brazil, China, Colombia, Greece, Italy, Ma­laysia, Serbia and Turkey. He is a member of the editorial board of the Public Procurement Law Review and member of the scientific committee of the Revista Digital de Derecho Administrativo. He has published widely in the fields of public procurement, strategic procurement, including COVID-19 healthcare procurement, defence procurement law and policy, public law and EU law.

He has received a number of scholarships and awards including funding for projects under the aegis of the British Academy and Innovate UK (more recently in the area of public procurement, Artificial Intelligence (AI), machine learning and big data analysis). Moreover, Dr Georgopoulos has been member of the jury for the 1st European Innovation Procurement Awards organised by the European Commission ,the European Innovation Council and the SMEs Executive Agency (EISMEA).

His personal blog, https://arisoflawxley.com is a platform for sharing his thoughts and ideas on issues that trigger his attention in his academic and advisory/consultancy work.

He speaks Greek, English, French and Spanish and has knowledge of German and Russian. 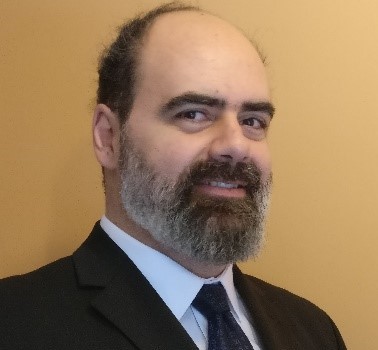