High School with major in classical studies. After finishing University he moves to the United States.

Between 1986 and 1989 he holds a position in Marketing and Business Development at the Washington D.C. offices of Agusta Aerospace Corporation and of the then joint venture between Agusta and Westland Helicopters, EHI – European Helicopter Industries.
Between 1989 and 1991 he is hired by EYRING Technologies Inc. (Provo, Utah), to be responsible for Marketing and Business Development in Europe and to open a representative office in Rome with the aim of covering the European Market.

Staff of the European Space Agency – ESA since October 1991.
Contracts Officer at ESA-ESTEC’s Contracts Division for Research and Technology (Noordwijk, The Netherlands) (October 1991- June 1999).
Head of the Contracts Service for Electrical, Software and Systems engineering in the above mentioned Division (June 1999 – December 2012).
“Special Advisor”, based at ESTEC, within the ESA “Procurement Department”, directly reporting to the Head of Department with several responsibilities and assignments of general and cross-departmental interest, among which the development of the esa-star system, devising new “space procurement standards” and processes as well as the organisation of training courses on how to write successful proposals in reply to ESA Tender Actions for R&D aimed at economic operators doing business with ESA.

He resides in Amsterdam and has a few hobbies, among which playing the bass and treble viol (“viola da gamba”), music in general, audio hi-fi, sailing and skiing. 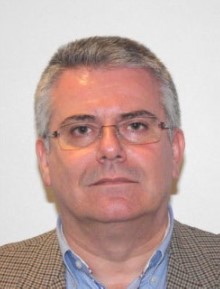